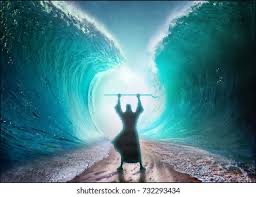 I’ve heard people ask why there aren’t miracles anymore like there were in Biblical days. My answer is, “There are! Miracles Abound! They are everywhere!”

In addition to the aforementioned miracles of life, we all experience miracles all the time. We may call them coincidences, but really, are they? I don’t think so.

Just within the past few weeks I’ve experienced several miracles.

As I was finishing the task of decorating for Christmas, I realized we were missing some important items. A quick review of the storage bins confirmed that those items were in fact missing.

All of our Christmas bins, and the box for our tree, are stored under our stairwell. I made a frantic trip to that space, and saw no Christmas bins had been left behind.

At this point in my story I have to interject that I’d also been looking several months for the accompaniment tapes and cds that never made it to my home office when I relocated from one room to the other. (Keep that in mind as I continue.)

Seeing no Christmas bins, I decided to open the other boxes also stored under the stairwell to see if perhaps one of us had accidentally placed the missing items in one of them. Four of the boxes had no Christmas items. The fifth and final box was my last hope. The bad news is there were no Christmas items in it either; the good news is all of the accompaniment tapes and cds were! What a miracle that was!

As I was backing out of the stairwell, my eyes fell upon a shelving unit across the way. One of the bins had a red lid. Really, a RED lid? I raced across the room, and to quote a well know poem – “what to my wondering eyes should appear?” – our missing decorations! Miracle number two within a space of 15 minutes. Miracles abound! Just sayin’

A few nights later I took one of our grandkids to ball practice. When  we arrived at the gym, the parking lot was full and I had to park farther from the door than I wanted. Due to COVID concerns only the athletes are allowed in the gym, so I settled down in my car to spend the next two hours visiting with the characters in the novel I was reading.

An hour after we arrived another team finished their practice, and parking spaces closer to the door opened up. When I turned the key, my car would not start. The battery needed a jump start. Roadside assistance gave me a window that would be after the practice was over, and we’d be much later getting home. Not long after I placed the call, the tow truck driver called me and said she’d be there in 12 minutes. 12 minutes! She arrived, jump started my car, I moved closer to the door, and was ready to head home when practice was over. Miracles abound!

The very next night on a rainy drive home, the back window of our SUV decided to get stuck in the down position.  Atlanta traffic is bad anytime, but on a cold rainy night with a window open, it’s worse! I pressed the button to raise the window numerous times, to no avail! I did everything I could think of to get that window up. Nothing. Nada. As the rain came down in sheets, and as the other cars roared passed, I prayed: “Dear God, I need a miracle. I need the window to come up.” My prayer was barely off my lips when I pressed the button again, and slowly my window closed. Miracles abound!

Some may say all of my examples were coincidences. I KNOW they were miracles. Miracles don’t have to be huge like the  parting of the Red Sea. Most miracles are small, quiet acts of God, just enough to let us know we aren’t alone. God is ALWAYS with us.

The next time you experience something that one might call a coincidence, embrace it as a miracle. They abound, you know.