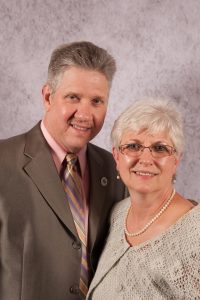 Matthew was born in Atlanta, GA, grew up in Southeast Atlanta, and currently resides in the West Cobb area of Marietta, GA, with his wife, Debi.  All the kids are grown, and they have been blessed with three grandchildren so far.

He is well-rounded in his faith, and was confirmed in the United Methodist Church. He is currently a member of Due West UMC in Marietta, GA, and is actively involved in the Agape Sunday School class and the Carillon Handbell Choir.

Matthew has been making his family and friends laugh with his quick wit for as long as he can remember. While he was never the class clown, he always had the ability to create funny scenarios out of every day events. He is known for his fantastic memory and attention to details…except when trying to find his car in the parking lot.

He has been performing most of his life to whoever would listen. Parents, Cub Scouts, fellow church members, and schoolmates were all a stage for this shy boy who had a humorous, comedic speaker inside screaming to get loose!!

In high school he was a member of the band (percussion section), the chorus, and the drama club.

As an adult, Matthew continued his love for the theater and the arts as he acted in, served as percussionist for, or worked backstage in many community theaters/venues such as Dekalb College, Stone Mountain Players, Underground Theater, Onstage Atlanta, and others.

Matthew has also taught children’s Sunday School as well as VBS in the UMC.

Matthew retired from his “day-job” at Emory University in Sept 2015, after 32 years of service. But as he tells everyone that will listen, he did NOT retire from life or work.

A member of Toastmasters International since 2002, Matthew has served as club officer in the positions of President, Secretary, Sergeant at Arms, and VP of Education. He served at the District Level as Area Governor during the TM Year 2006-2007, and as Registration Chair for two years (2007 and 2008). He has conducted a number of training sessions for Toastmasters at the club and area levels. Matthew is currently a member of two Toastmaster clubs.

Matthew has been doing stand up comedy for several years. He is a 2010 graduate of Jeff Justice Comedy School. He has performed in the Atlanta area at Eddie’s Attic and The Punchline. Matthew joined the Joker’s Wild Advanced TM Club in 2014, and performs there regularly!