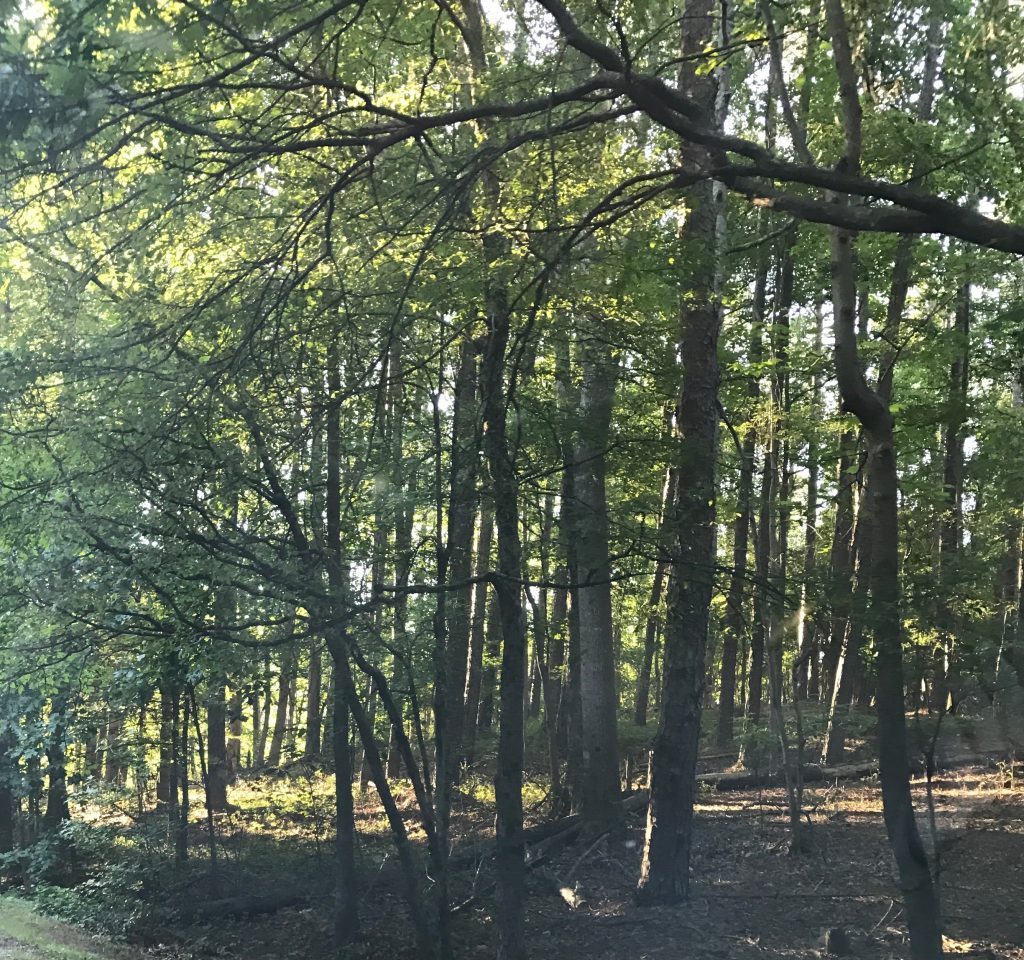 The first stage of my journey with God began on  February 22, 1953, if what I’ve been told my entire life is true: “We took you to church when you were two weeks old.” Needless to say, I don’t remember that sermon. However, being in church from practically “day one”, has made a profound mark in my life, and definitely helped shape me into who I am today.

On October 4, 1959, at Log Cabin Baptist Church, Macon, GA,  I made my public profession of faith.  For those of you unfamiliar with that term, “public profession of faith” means that I made the conscious decision to be a follower of Jesus.  I accepted Christ’s gift of salvation, and made Him the Lord of my life. I walked down the aisle of my church during the invitational hymn and made this decision public to the entire congregation.  I was six years old at the time.

You may feel that six is too young.  Even though I didn’t understand everything (and still don’t) that was involved in my decision, I understood enough to know that God loved me and sent His Son, Jesus, to die on the cross for my sins.  I loved God enough to accept His Gift.  From this humble beginning, my faith began to grow and mature.

In those days in my community of faith, every question had a nice little pat answer, and there was a REASON FOR EVERYTHING that happened.  There were NO gray areas at all in life – things were black or white, wrong or right.  Oh, yes, and all of the rules applied to everyone, with no exceptions.  I was taught that people who didn’t believe exactly the way our community of faith taught, were wrong and couldn’t possibly be pleasing God.  As I grew older, I never questioned any of these teachings, and I allowed myself to be programmed to believe this way, too.  I felt that God was lucky to have ME on His team.  I felt that if all Christians would be like me, the world would truly be a WONDERFUL place – somewhat like the Garden of Eden before the fall.

By the time I reached high school, I was a full-fledged, dyed-in-the-wool Christian publican (that is not RE-publican).  I was holier-than-thou, and I had absolutely NO tolerance for anyone who dared to disagree with MY religious beliefs.  I had allowed myself to become consumed with other peoples’ ideas and conceptions of God.  I was more concerned with what those people thought about me than what I thought about myself, what I thought about God, or what God thought about me.  What I possessed at this point was nothing more than “second hand” faith.

Over a period of time, I began to question some of the ideas that I had been taught.  I began to realize that my beliefs were somewhat inconsistent.  While the following aren’t ALL the inconsistencies that I found, or all the questions that I had, they will give you an idea of what I mean.

First of all:  If God accepts us, as I had been taught and as the hymn implies “Just as I AM”; then why were some people shunned by the church because of the length of their hair or the clothes they wore? (Remember, I grew up in the sixties.)

Secondly:  In Sunday school I was taught the song “…red and yellow, black and white, they are precious in His sight, Jesus loves the little children of the world”; yet the church leaders were scared silly that a Black person might attend one of our services.  That actually happened in the my home church when I was in my twenties – a Black lady walked in, sat down, and one of the deacons asked her to leave.  How Christian was that?

Thirdly:  I was confused when, during my teen years, some Christians tried to do away with the “Good News for Modern Man” version of the Bible.  Seems they were upset, because among other reasons, Luke Chapter 2 of that version said that Mary was “pregnant” instead of “with-child”. Guess what?  Mary WAS pregnant…with our Lord.

As a result of my questioning, I came face to face with reality–I DIDN’T HAVE A FAITH OF MY OWN.  The faith I had was “borrowed” from other Christians and didn’t fit me at all.  It was as if I were playing dress-up in my mother’s old clothes.  I was no longer satisfied with my “second hand” faith.  I realized that I’d never gotten to know who I really was, nor who my God really is.

I was no longer holier-than-thou, but was scared and unsure of myself and of my faith.  I had no testimony anymore. I wasn’t sure if I believed what I believed because I REALLY BELIEVED IT or just because someone TOLD me to believe it.

So began the second stage of my Christian journey…. the stage that got me to where I am now.  I read the Bible for the first time from cover to cover–and NO I didn’t understand it all (still don’t), but I did get a few insights.  For the first time, the Word of God came alive to me.  I realized that some of the verses I had previously been taught to justify certain beliefs had been taken out of context.  I found out that you can prove/disprove anything you want to, and find some verse somewhere to back you up.

The next few posts will be a continuation of my journey in an attempt to help you begin your journey, or stay the course on the journey you’ve already begun.